Razan Suliman has worked as a registered nurse and midwife in some of the world’s most trying circumstances, from wartime hospitals to refugee camps.

But five years after starting the process to become a licensed nurse in Ontario, she is still waiting.

“It’s very, very frustrating. You can’t imagine the pain that I was going through, because I badly wanted to get my licence, and everything was just pushing me back,” said Suliman, 34, who lives with her husband and three children in Orangeville, Ont.

Suliman, who arrived in Canada as a Syrian refugee in 2015, is one of the thousands of internationally educated nurses who want to work in Ontario — and could help ease the staffing shortages that are pushing some hospitals to temporarily close ERs — but are left in limbo due to a costly and complex registration system.

Nursing organizations and hospital networks have both identified international recruitment as a long-term solution as the province struggles to retain workers, many of whom are burnt out or leaving the profession in droves.

“The system is burning. It’s burning and patient care is suffering,” said Doris Grinspun, CEO of the registered nurses association.

“These colleagues are ready to go. And they simply needed to be processed much faster.”

Suliman’s application process began in 2017, when she started to compile the necessary documents to prove her Syrian education and work experience to Canada’s National Nursing Assessment Service. The service reviews those applications and then sends a report to the provincial nursing regulator, which issues the applicant a set of requirements to fulfil — education, language proficiency, practice experience, for example — before they can become licensed.

Suliman, who says she left Syria with nothing, was trying to obtain documents in the middle of a civil war.

Her nursing school, she said, had been bombed and her old hospital was withholding her employment records. After many phone calls with the assessment service, she says her application was accepted.

Suliman says her report was forwarded in 2019 to the Ontario College of Nurses, which told her to upgrade her education with 16 college courses. With the help of her husband, who works as a used-car dealer, Suliman juggled child care of three kids and the classes at George Brown College before graduating last December. She is set to write her registration exam in August.

“I know these are the rules, but everything was difficult to get,” she said.

A recent report from Ontario’s fairness commissioner showed the province’s nursing regulator faced some pandemic-related setbacks as it worked through thousands of international applications.

The 2020 report found that 14,633 internationally educated nurses were actively pursuing a licence through the Ontario College of Nurses. That same year, just over 2,000 international applicants became fully registered members.

Kristi Green, a spokesperson for the College of Nurses of Ontario, said the regulator did not have the number of applicants involved in the registration process or timelines for the entire application process available, “as they do not reflect the variation that is necessary to ensure fairness.”

The registered nurses association says the past decade has seen a growing backlog of applicants and estimates the queue is near 26,000.

The college has recently taken steps to speed up the process, including changes to language proficiency requirements and a partnership with the province to create more supervised practice opportunities.

Ruth Wojtiuk, professional practice lead at the Ontario non-profit Centre for Internationally Educated Nurses, applauds that move. She says recent work experience requirement “is one of the most difficult” for internationally educated nurses to meet because they are often left to compete with provincial nursing students who are connected to placements through college programs.

The college says it’s been a record-setting year, with nearly 4,000 applications processed by the end of June, more than double what it had processed by that time last year. It also says it’s looking at updating policies around evidence of practice, education and criminal record checks to streamline the process.

But Grinspun, of the registered nurses association, says there is still room for improvement. Rather than treating each applicant individually, she says the college could look at ways to pool applicants who graduated from the same cohort at an international nursing school.

Gloria Baker, 55, has been trying for 14 years to get licensed as a nurse in Ontario.

She says she first applied in 2008, while working in Jamaica, and was told she had five years to get work authorization if she wanted to register with the college.

She arrived in Canada two years later under the live-in caregiver program, but says she didn’t get her permanent residency before the college’s cutoff due to what she described as botched immigration paperwork by a recruitment agency and issues with employers.

For 10 years, Baker says she went without seeing her daughter back in Jamaica as she stayed in Canada trying to obtain her permanent residency. She had to miss her father’s funeral.

She was eventually granted permanent residency in 2018, at which time she reapplied to the College of Nurses of Ontario. She has been working with Purolator by day and taking college nursing classes by night, as she prepares to write her exams in August.

“We are nurses, and we came here to be nurses, to be of service here. We served our country too. And we have come to serve this country too,” she said. “Make the process smoother for us so that we can get along.” 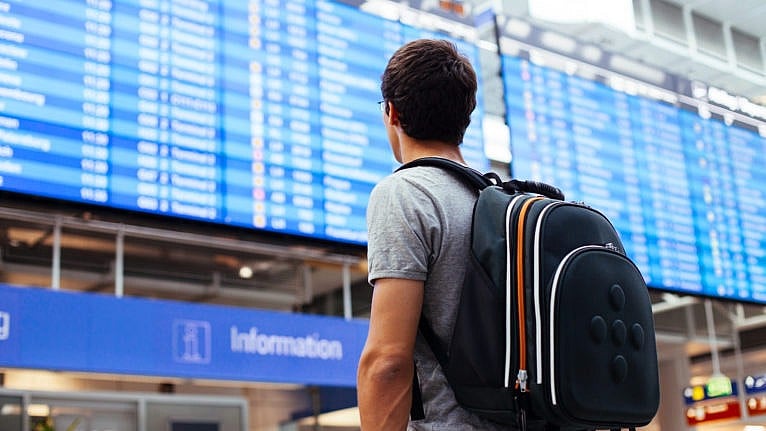 8 Jul 22 Administrator
Canada’s universities offer an array of benefits that attract top minds from around the globe.…
International
0