He says the forum has been “very successful” and reiterates the relationship is one of “family”.

We are family when it comes to the Pacific, and there was a good spirit of cooperation and dialogue, speaking about our common interests. Australia’s new position on climate change was particularly well received, and that is reflected in the communique. It was also reflected in the comments made in every single one of the person-to-person dialogues I had with prime ministers and other leaders from other Pacific Islanders neighbours.

Finally, the prime minister is asked if he will extend the Pacific Island visa scheme to help address labor shortages currently hitting the aged care sector.

“Have a look at what we promised in the election campaign,” he replies.

It’s one of the things I’ve been working on, whether it be here or with New Zealanders who are in Australia, we need to give people more security. There is a role for temporary migration but I am someone who believes people should have a stake in the country and there is huge opportunities there.

From that brief, vital rugby interlude, back to the climate crisis.

The declaration of a climate emergency – is that the same kind of words you would use to describe what the world is facing with climate change? Is Australian policy consistent with such a declaration?

People have used that term before many times. What I say is that the word climate emergency is Australian’s opportunity, jobs opportunity for Australia we could be a renewable energy superpower for the world if we just seize that opportunity.

Now to … the State of Origin.

Albanese is asked with “many people … passionate about rugby league” if the State of Origin could be brought to the Pacific as a soft diplomacy tool.

I’ve … had discussion with the NRL, very directly and I have spoken … about the Pacific and the engagement with rugby league, it is a passionate sport here. It’s the number one sport here. Rugby league, rugby union of course is very big in Fiji here, and as well, but in places like Papua New Guinea … the prime minister who was sitting next to me last night watching the origin said it’s the one time in PNG that everything stops. Everything stops through the entire country. And they are very passionate and it would be a great thing for such an event to occur.

It was a great game last night, congratulations to Queensland on a deserved one, even though I’m a loyal NSW person, clearly the best team won last night.

Relief on Solomon Islands ruling out Chinese military base?

Albanese is asked whether he feels a sense of “relief” when it comes to China in the Solomon Islands after revelations any military base would be ruled out and Australia remained their “nation of choice”.

I think that we have set about an objective to, I guess, reconfirm Australia’s position in this region. We have been, since the Second World War, a security partner of choice. We are now very much re-engaged with the Pacific.

I note that previously this meeting would have still been going for many hours. I’m told that one of the reasons … is the changed position of Australia. For example on the communique, we dealt with that pretty expeditiously. It was all over not long after three o’clock today. That represents a success.

Australia’s current emissions targets, Albanese is reminded, are not in line with keeping warming to 1.5 degrees “and if any communique says that that is the goal then Australia falls short”.

Albanese replies “how you determine things is global action”:

Australia starts from a point whereby unlike some other countries that don’t have the sort of industry and resource base that we have, we have an economy that is very similar to Canada. The shift in our economy is far more difficult … what is important is the trajectory and whether you are playing a role to get in at zero by 2050. … our plan has been welcomed by the Biden administration, by former prime minister Boris Johnson, by people across the administration around the world.

The idea that you don’t equate action to being part of global action is just not right.

What about new coal and gas projects? Which would be at odds with Pacific leaders’ assertion global warming be kept to 1.5 degrees.

“Have any Pacific leaders asked you about Australia’s commitment to no new coal or gas and what answer would you give them as to why you are not ruling out new coal and gas?”

Albanese is asked about a tweet made by Fiji’s prime minister pushing for greater climate action from Australia. What is his response?

He replies Labor went into the election campaign with an “ambitious but achieveable” emmissions reduction target.

We will do exactly what we said we would do, and that was exactly what was worked on unanimously in the communique that was adopted. We had a bit of a debate about targets.

The truth is we went to the election campaign with an ambitious but achievable target of 43% by 2030. With a fully costed plan that included a shift to renewables by 82% of the national market by 2030. That’s a real plan and if you ask someone in abstract if you want a high number in absence of how you get there, then of course people who care about climate change would want action to be as soon as possible.

What you have to do is to have a real plan with a real timetable. That is what we have. And that is why it has received the unanimous support of our Pacific neighbours today in the communique.

Albanese says the leaders discussed national security and security in the Pacific, the climate crisis and “the range of challenges” economies have going forward. No specific mention of the Pacific’s neighbour, China.

There is a real sense of regional cooperation here. This afternoon as well, we adopted the plan to 2050. Once again, looking for the long-term, rather than just short-term interest. That is still a great credit of the Pacific Islands Forum leaders, who have done a lot of work in the lead up to this conference and it makes a real success going forward.

The prime minister thanks Fiji’s prime minister, Frank Bainiarama, for hosting the forum, and confirms 17 of 18 nations present signed the Suva declaration.

I want to congratulate Frank, for his hosting, because it was a successful effort … There were divisions, earlier this year, but the fact that 17 of the 18 nations have signed the Suva declaration on the new structure of the Pacific Islands Forum, which has brought countries together, is very positive indeed. This afternoon, the leader spoke to the prime minister and indicated to him that he wanted to have dialogue and the door is open for them to rejoin. And once again, bring the family together.

He says the forum has been “very successful” and reiterates the relationship is one of “family”.

We are family when it comes to the Pacific, and there was a good spirit of cooperation and dialogue, speaking about our common interests. Australia’s new position on climate change was particularly well received, and that is reflected in the communique. It was also reflected in the comments made in every single one of the person-to-person dialogues I had with prime ministers and other leaders from other Pacific Islanders neighbours.

A senior figure at the Australian Capital Territory’s main hospital has alleged in court documents that she faced retribution from her employer for blowing the whistle on safety concerns.

The Canberra hospital’s intensive care unit director, Bronwyn Avard, has filed a case in the federal court alleging she was the subject of retaliation for raising workplace health and safety issues with the hospital across a number of years.

Her case alleges that, in response, her employer commenced a clinical misconduct investigation against her, directed her to attend an independent medical examination (which found her fit to perform her role) , directed her not to come to work, and threatened her with suspension if she showed up.

She categorically rejects any suggestion that she was involved in any misconduct and is seeking an order that the Canberra Health Service be restrained from continuing the misconduct investigation, which she says was brought in retaliation for her complaints.

She alleges her employer’s conduct breached the Fair Work Act. In a statement, Avard said:

I have devoted the past 17 years to the wellbeing of patients and staff in Canberra hospital and I remain fully committed to public healthcare in the ACT. I am shocked and dismayed that the hospital system is so resistant to suggestions as to how to improve its service.

She said she had “to defend my integrity and shine a light on the shortcomings in the system in the hope that things will improve, for the safety of patients and staff.

Canberra Health Services said it could not comment on court matters or individuals. But it said it could “assure Canberrans and those in the surrounding region who rely on our critical care services that our Intensive Care Unit is well staffed and delivers quality, safe health care”.

We acknowledge there have been some culture issues identified within the ICU.

This was highlighted in our staff survey, which was conducted last year. These results were out of step with the broader organisational results.

In response to the survey findings for ICU, an external review into the culture of the unit was undertaken by former Commissioner of the Fair Work Commission, Barbara Deegan.

Now, a Labor MP is breaking ranks, joining New South Wales Labor leader Chris Minns in calling for the payments, which gave casual workers $750 to isolate at home while infected with Covid, to be reinstated.

The path has been cleared for unvaccinated AFL and AFLW players to play again after the league lifted its vaccine mandate on Thursday.

Instead of barring those who have not been jabbed from playing, the AFL will now “strongly encourage” all players across its men’s and women’s competitions to receive the Covid-19 vaccine.

The strict measures introduced to keep the competitions running during the pandemic meant Carlton defender Liam Jones and former Brisbane and Adelaide midfielder Cam Ellis-Yolmen had to step away from the top-level game, while St Kilda midfielder Georgia Patrikios sat out the entire last AFLW season.

After the league conducted an extensive review into its policy, all three will now be able to return.

“The health and safety of our players, staff and the wider community has been one of the guiding principles governing the AFL’s ongoing response to the ongoing Covid-19 pandemic,” AFL football operations manager Andrew Dillon said.

Our AFL industry has continued to adapt to the circumstances in front of us, and while we have removed the mandatory vaccine mandate, we still maintain the view that vaccinations are the best form of defence in minimising the impacts of Covid with the focus now on keeping “up to date” with all recommended boosters.

We will continue to monitor the Covid situation as it evolves. If we need to adjust over the coming weeks and months we will do so in consultation with the respective governments and medical professionals.

Still at the Pacific Islands Forum, leaders have been in attendance at the official 2050 Blue Pacific Strategy launch.

There are some notable absences this year.

If you missed the latest at the Pacific Islands Forum: 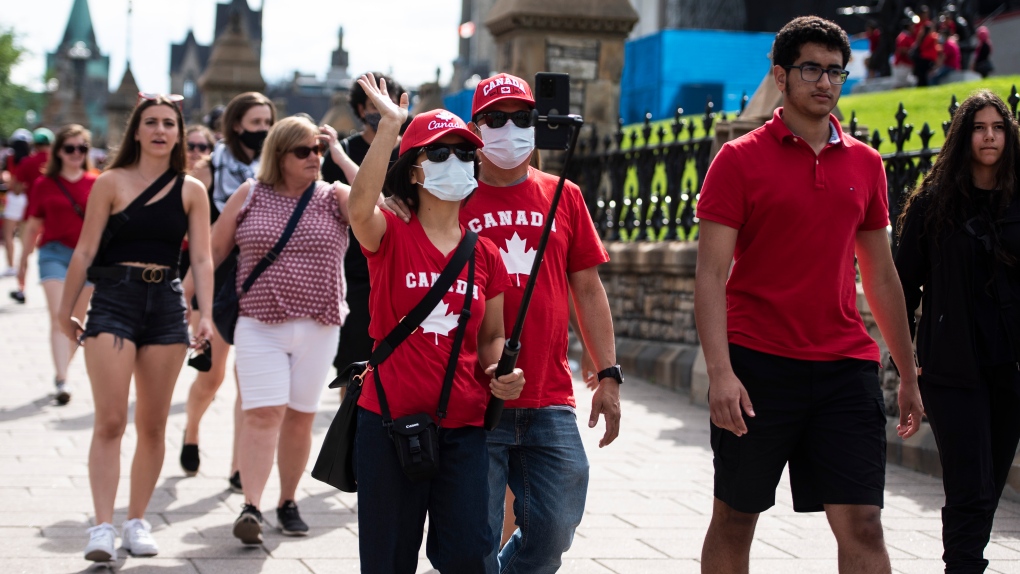