The United States Supreme Court’s decision to overturn Roe v Wade and eliminate the right to an abortion was one of the most consequential constitutional opinions in its history  – even for a court that has already done violence to settled precedent in areas like gun control, religion and immigration.

But conspicuously absent from the constitutional analysis in Dobbs v Jackson Women’s Health was any acknowledgement of Article VI of the Constitution, which provides that treaties are “the supreme law of the land.”

Two such treaties – the International Covenant on Civil and Political Rights (ICCPR) and the International Convention on the Elimination of All Forms of Racial Discrimination (ICERD) – recognise the human rights to life, privacy, and non-discrimination. Taken together, these treaties, and the rights they safeguard, require access to safe and lawful abortion services as a matter of law.

The US, moreover, has signed and ratified both instruments, which means that the ICCPR and ICERD are binding laws upon our country.

First, Article 6 of the ICCPR provides that “[e]very human being has the inherent right to life. This right shall be protected by law. No one shall be arbitrarily deprived of his life.”

The UN Human Rights Office of the High Commissioner has likewise stated that, consistent with the right to life, countries (1) “should not introduce new barriers” to abortion and (2) “should remove existing barriers that deny effective access by women and girls to safe and legal abortion”.

This interpretation of the ICCPR is supported by evidence that abortion bans do not eliminate abortions,but rather result in more unsafe abortions. Unsafe abortions increase maternal morbidity and mortality.  More women will, therefore, die unnecessarily because of abortion bans – the very definition of arbitrary deprivation of life.

Second, although Dobbs rejects the notion that the Constitution provides for a right to privacy, that right is guaranteed by the ICCPR.  Article 17 of the ICCPR provides that “[n]o one shall be subjected to arbitrary or unlawful interference with his privacy, family, home or correspondence, nor to unlawful attacks on his honour and reputation”.  The UN Human Rights Committee has concluded, in varying contexts, that restrictions on abortion infringe upon this privacy right.

Most recently, it held that Ireland’s forcing a woman to choose between continuing an unwanted pregnancy or travelling to another jurisdiction to receive a safe, legal abortion at her personal expense was an intrusive interference contrary to the ICCPR. After Dobbs, women in nearly two dozen states are faced with that exact same choice today.

Third, Article 26 of the ICCPR provides that “the law shall … guarantee to all persons equal and effective protection against discrimination on any ground such as race, colour, sex, language, religion, political or other opinion, national or social origin, property, birth or other status”. ICERD, in Article 5, contains similar language.

Again, the UN Human Rights Committee has issued authoritative guidance stating that interference with women’s access to reproductive health care, including failure to ensure that pregnant people do not have “to undergo life-threatening clandestine abortions,” violates these rights to non-discrimination.  And in response to Dobbs, Michelle Bachelet, the UN high commissioner for human rights, reiterated this point, emphasising that “[a]ccess to safe, legal and effective abortion is firmly rooted in international human right law and is at the core of women and girls’ autonomy and ability to make their own choices about their bodies and lives, free of discrimination, violence and coercion”.

Russia’s invasion of Ukraine has brought international law into heightened focus in recent months. Courts, policy experts, and legislators from both sides of the political spectrum have condemned Russian aggression in violation of international law.  Countries around the world have expressed a renewed commitment to building on international and multilateral agreements.  Yet by allowing states to ban abortion, the Supreme Court has staked a position that plainly runs afoul of the US’s treaty obligations.  If we are to demand that other countries and states respect their international commitments, then we should, too. The Constitution requires no less.

The views expressed in this article are the authors’ own and do not necessarily reflect Al Jazeera’s editorial stance. 6 Jul 22 Administrator
CanadaVisa and Scotiabank are excited to host a free webinar on Wednesday August 3: How…
International
0 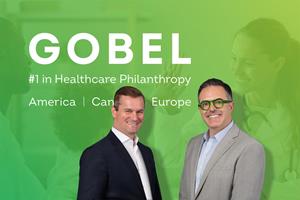