Founded in 1962 by John MacGregor, the company is now run by his daughter, Julie Wieman, who has grown the company to include 20 employees.

Wieman started at the company in 1991 and later took over as president. MacGregor died in 2009, which is when Wieman became full owner.

Wieman hadn’t intended to join her father’s business at first; she received a degree in psychology and planned to pursue a career in that field but after graduating, she went to fill in at the company and went full-time that fall. Since then, she hasn’t left.

MacGregor had a passion for the plumbing industry; the employees, the customers and the craft.

“I mean he was a true craftsman,” Wieman said. “He was a master plumber and believed in doing jobs right the first time. When you are finished, you should be proud of the work you did because it was craftsmanship.”

More:Subscribe: Check out our offers and read the local news that matters to you

Wieman grew up around that craft, learning and helping her dad in her free time.

“I was putting settings away when I was four or five years old and in the summer times would help with filing and typing and things like that,” Wieman said.

She would also answer the phone for the business as calls from the shop would often ring at their house.

“When I talk to longtime, 40-50-plus-year customers that remember when I answered the phone, they’ll say ‘when you were just a little girl. …’ It’s funny.”

MacGegor’s office manager, Eva Prell, is the company’s longest-standing employee other than Wieman, having worked there for 26 years.

“(The anniversary is) pretty amazing. Not too many more companies stay around that long,” Prell said.

“It’s gone through a lot of changes. Employee count has gone up and down. Obviously, we went through John passing away. Things have just been building, been growing since Julie’s taken over.”

While the company has been affected by the labor shortage, demand for services is still high. Four years ago, Wieman started an apprenticeship program through the company where apprentices learn from lead installers and service technicians.

Now, three of those early apprentices have become lead installers and this year, MacGregor has taken on three more apprentices.

As MacGregor continues to grow, Wieman still remembers her father’s love for the company and the industry.

“I loved working with my dad. We were great partners together and he was my mentor, my best friend,” Wieman said.

“He never wanted to retire, so he kind of stepped away as far as operationally at the company back in 2001. But he still came to work every day until he got sick in 2009. He loved the plumbing industry, loved being a plumber, he called it his hobby, he loved to come into work.” 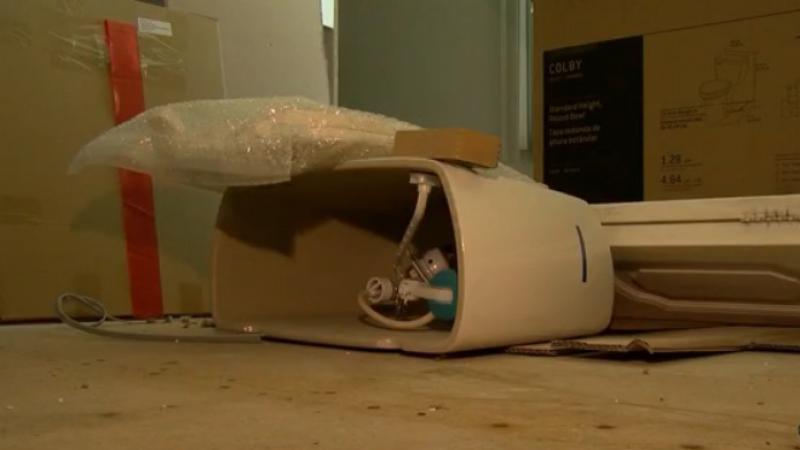